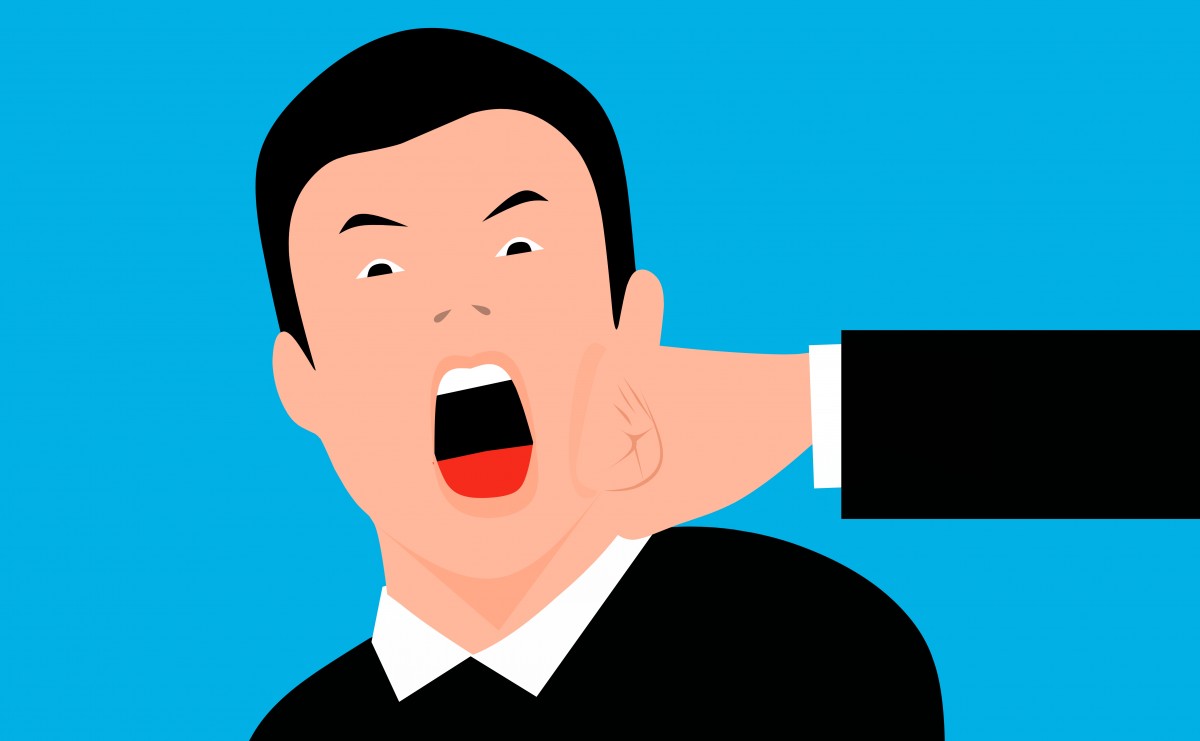 The students’ union SU award and dinner night hosted yesterday witnessed an awful scene as immediate SU President, Adegbaju and his entourage created a scene that led to the disruption of the planned event.
As reported by the PRESS correspondent, the former president had entered SOB Hall, which hosted the event, attended by all and sundry to a warm reception from the Freedom crew.

“When the Alumni President mounted the stage to receive his award, Adegbaju and his entourage began to call him ‘thief’ and accused him of ‘misappropriation of fund’ as they made their way to exit door”, revealed.
He continued, “Awoko, his successor went to calm him and others as a symbol of respect for him; it was then one of the students known for his usually defiant pugnacity hit Awoko.

“To the surprise of the students who attended the party, they were surprised at the development as many opened their mouths agape and bemuse such temerity displayed by the guy”, he concluded.
When filing this report, FPE PRESS learnt that the former SU President Awoko had filed a case of physical assault against the said student.

The PRESS reckons the continuing security lapses on the school campus. It enjoins security enforcement within the school to eradicate the threats posed by insecurity on campus by management in due time.

So many alarming issues that are handled with levity and it hurts so much that those we choose to lead us still find ways to fail us by cajoling us with memo and write-up.

I choose not to write but from reports you have failed us in different ways and it’s really appalling despite all of the promises you made and taking up the mantle of leadership saying freedom from oppressors is the key.

Adebam led crew, we don’t know what and why you’re crippled.
You choose not to be the voice for the voiceless any longer.
It’s a big shame that the Adebam led crew made empty promises from inception and yet to fulfill them with bad results.

On the issue of souvenirs of Kazywhite led crew, Adebam led crew were pleaded with by the erstwhile President to produce just 200 copies out of thousands.
Mr President, it saddens our heart that you accepted such without the consideration of students in your heart. Some of your executives claimed, they do not know or aware of when you accepted the offer.

Mr President, yourself and the past President settled it between yourself maybe because you’re from same town or there’s any hidden agendas.
So we can no longer get what we paid for. This is alarming as you can’t bring them to book yet you claimed to run a lawful and injustice free Administration.

Mr Speaker and the Chief Justice , please how on earth is this happening and you’re dumbfounded about it. The SU is not just the SUEC but also for the SURC and SUJC to function.

As financial members, we are to get information and know how our funds was spent.

PRO sir, why do you keep cajoling us with just write-up and making fake promises.

If you can’t do this little for us, then how do we believe you would also produce our souvenirs this time around.

Director of Welfare , kindly put it at the back of your mind that SIWES students are resuming on Monday, how do we get to our classes in South Campus with just two functioning bus to converge students to South Campus.
What of the hot noon?
How do we get back to North Campus or our various home?

On the issue of hand book , we are yet to get any or any information as regarding it. Write-ups and memos are all we keep getting from the PRO with no actions.

On the part of Undertaking to be signed by all students which includes the payment of #1000, I hope you will be able to work on it and give a productive response this time around rather than just putting up mere writeup and stop being a BARKING LION.

Maybe you didn’t read the sentences in the Undertaking form, Adebam led crew formerly asked students populace not to sign such send a memo through the PRO, later asked us all to sign it thought the departmental president without putting us into consideration.

You refused to feed us back if not for some departmental president that took it upon themselves and understood the content of the undertaking.
It even cripples the Union as a whole not to talk of mere student like myself and others.
There’s no need to go deep.

I’m sure by now measure would have been taken but yet students populace can be silenced as we will continue to speak for students and bring their notice to every happenings.

The most significant threat of democracy is the victimization of its subordinate..”Days of the evil has come to an end”
Welfarism: it’s paramount that giving makes living more loving, and as part of my plan, taking up the Welfare of all students as a priority, enabling everyone to enjoy the dividends of genuine unionism and relish the incredible moment, and for the union to continue to stand tall among its peers.

Welfare is not for only the well-being, but also to put all activities in place to ensure that we claim that deserved seat in the corridor of power, and meeting with government at all levels knowing the importance of educated youths we have in our society, starting from our great citadel of learning.

The Adebam led crew’s free transportation from Akoda to the Polytechnic environment is what we should consider and praise them for, even though the Kazywhite led team did the same, and it’s a good legacy.

As reported by respondents, the Welfare director had done a great job alongside the Union executives to make sure students were safe from the extortion of the indigenous bike men as Students were trooping into the School Community.

One way or the other, costs are reduced as they as well spoke to bikemen to lessen the price at which students board bikes to their various destinations.

It’s an excellent start for Comrade Opakunle Sodiq, aka Comrade Maxi, the SU director of Welfare, which is encouraging.\You have emulated a good quality as the Union’s Welfare Director.

We also hope you will also look into the issue of South Campus transportation and hope you’re able to deliver to the Nigerian Students.

Kudos to the Union President as he also discharges his duty as the President to oversee the activity of the Welfare Director.
We hope to see more of your plan, and it will be checked and balanced.